From hipster hangouts in Shoreditch to posh party venues in Mayfair, London’s abundance of spaces that will make your friends wish they had changed their flights back from Ibiza.

Living in London and having a birthday in the summer is tough. Planning around your friends’ numerous holidays, squeezing your nearest and dearest on to a tiny rooftop somewhere in Zone 1, then there’s the added stress of worrying whether the British weather will play ball!

It really can be a minefield, but don’t fret, it could be worse, you could have a December birthday and it’s not as if London’s short of fantastic spaces to host your best birthday bash to date.

If you’re feeling like channelling those Marc Francis vibes, then take a look at The Terrace at The Hari London. Just a stone’s throw from Sloane Square, Knightsbridge and Victoria, The Hari will knock the socks off your guests. We all know that no matter how much planning you do if you’re hosting outdoors in Blighty, there is no guarantee there’ll be sunshine. Like a bad guest who doesn’t RSVP until the day of your party, the summer sun can be rather elusive, so its best to plan for all eventualities.

Lucky for you, The Terrace at The Hari has a retractable roof, so you don’t need to worry about the great British summertime raining on your parade; and with living walls, heaters and a capacity of 30 standing this is a fab spot for an intimate soirée worthy of Kensington royalty. You can even spruce up your birthday do with a barbecue, cooked by your own private chef, or perhaps you’d prefer a whisky or cigar tasting – The Hari has its very own cigar sommelier!

If you’re looking for something a little more unique whilst maintaining an air of sophistication then the Chef’s Private Dining Room at Mews of Mayfair is the Space for you. Having appeared in several episodes of Made in Chelsea, Mews of Mayfair is a solid favourite, boasting original beams, a jaw-dropping chandelier and walls lined with antique maps.

What’s more, it’s a hop skip and a tumble away from Green Park and the night tube on Friday and Saturday night, pretty ideal if you ask us! You may have had one too many vinos to swat up on your geography as you dine, but just think of the Instagram potential!

Quick! Grab your brogues and grow a trendy beard, next up we’re venturing to Shoreditch to one of our more outlandish party venues. If you’re a fan of cereal (who isn’t?) and 80s memorabilia (who is?) then you may have just hit the jackpot.

Cereal Killer Cafe is the UK’s first speciality cereal cafe, offering over 100 different types of cereal, 30 varieties of milk and 20 different toppings. There are 30 varieties of milk, we hear you ask! Well yes, the Keery twins, founders of the cafe say there are, and sourcing the right milk is paramount to creating the perfect bowl.

But don’t fret, there’ll be more than just milk on the menu if you fancy renting out this quirky spot for your birthday bash, unless you’re under 18, which in which case there won’t be!

If you haven’t watched Breaking Bad then we suggest that you cancel all upcoming plans and start immediately. Actually, maybe get started after your birthday though: as the show has been touted as ‘more addictive than meth’, we wouldn’t want you to be tempted to cancel your party in favour of an evening in with Walter White because yes, Breaking Bad is just, That. Dam. Good!

ABQ London is a Breaking Bad inspired bar. Step inside the ABQ RV is also known as the Crystal Ship for an evening of molecular meth inspired cocktails and DIY mixology. Invite your guests to don a Hazmat suit and gas mask and immerse yourselves in the midst of dry ice – you’ll make cocktails that Walter White himself could be proud of.

With five stars from Timeout who said ‘The attention to detail is as mind-blowing as the taste…’ this unique party spot won’t fail to impress!

Now we know what you’re thinking, who would want to go into the City on a weekend for their birthday. There is a method to our madness! 37 Jewry is a Luxury champagne and cocktail bar in the City of London, delivering a magnificently sumptuous setting and drinks, without the hefty price tag.

Its plush furnishings paired with bare brick walls give 37 Jewry the perfect balance between sophistication and shabby chic. So bring your Guests and party on down for just £500 minimum spend!

If you’re looking for glam and exclusivity for your summer birthday do, then China White is where it’s at. This celebrity hotspot has seen the likes of Leonardo Dicaprio, Kate Moss and Tom Cruise grace its doors and is famed for its exotic interiors, first-rate service and regular performances from world-renowned DJs.

Please note that we can’t actually guarantee any celebrity DJs on the night of your party, but you may be standing exactly where Leo stood, which is practically the same as meeting him. Right? The Code is a private space for you to hire for that extra VIP feel. With its futuristic and dystopian feel, you can party like there’s no tomorrow in this classy spot!

We do love a good secret, but we’re pretty bad at keeping them. The cat’s out of the bag: take a look at the now not-so-Secret Garden at South Place Hotel. Hidden on the first floor of the hotel, Secret Garden is an outdoor bar positively oozing with glam sophistication.

A sixty-foot sculpture, stage-lit bar, waterfalls and palms all add to the tropical feel of this outdoor oasis. But fear not, a tropical theme doesn’t have to mean a tropical downpour! We know, we’ve mentioned the British weather quite a few times already, but we’re English and the weather is unpredictable! Besides, talking about it is what we do – a lot.

Anyway, in this case, the weather is pretty relevant, as the Secret Garden has a secret retractable roof so you can be sure you’ll be sheltered from the elements for your summer birthday bash to go off without a hitch!

So there you have it, 8 uniquely perfect summer venues to suit every taste, location and budget to host your summer birthday bash that your friends will continue to talk about until next year. Pretty nifty eh?

All these quirky spaces have been handpicked courtesy of the awesome team over at HeadBox, the UK’s first online marketplace where you can search, book and pay for venues for all kinds of events. 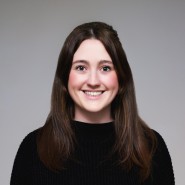 Ann-Marie Rossiter has combined her interest in technology and love of events in her role of Head of Marketing & Operations at HeadBox. helping build the platform of the UK’s first online marketplace for inspiring meeting, off-site and event spaces from the very beginning. As a proud London resident, who (by her own ambition) is a bit to social for her own good, and an all-round start-up enthusiast, is on a mission to make her mark on the events industry by embracing technology and challenging the status quo.

The Ultimate London Guide For The Uninitiated

From Tree To You – Delivering Real Christmas Trees In London!

7 Ways to Respond to Conflict with Emotional Intelligence

Scientists Reveal Why You Need to Stop Being Such a Flake

London Restaurant Openings to Most Look Forward to in 2019

TWA Hotel: Reserve Your Trip Back to New York’s JFK in the 1960s

44 Awesome Accent Wall Ideas to Give Your Bedroom Some Pizzazz

Eneko at One Aldwych: Marrying Flavours Across Cultures

Speak4Impact: What Are 4 Francs Worth?