The National Union of Teachers has created a buzzing community of LGBT+ Teachers across London with their next event being held on Friday 4th March 2016.

The National Union of Teachers has created a buzzing community of LGBT+ Teachers across London with their next event being held on Friday 4th March 2016 at the historic Royal Vauxhall Tavern.

Who knew that LGBT+ Teachers across London wanted to come together, have a drink and talk shop? We did. I knew that the twinned identity of being a teacher and being LGBT+ created a strong type of person who clearly, not only wants societal change, but also a space to discuss it.

When we sold the 193rd ticket for the inaugural LGBT+ Teachers Networking Drinks last November, my stunned colleagues insisted I reveal my magic formula for the success, refusing to believe there is anyway on earth I could achieve this level of interest, and still go on to attract this many attendees to a first-time union event. You see, for those of us tasked with marketing events within the realm of the union movement, it’s very challenging for stand-alone events such as this to punch through the 30 attendees wall.

For me, my plan of achieving maximum impact was simple – if you build a dynamic environment focused on facilitating conversation whilst bridging connections amongst attendees, instead of the out-dated and tired one-way discussion panels we are all so predisposed to accept – then people will come.

Having said this, there is of course a time and place for networking events to utilise discussion panels, like for example at larger, more formal conferences or seminars. Within the appropriate environments, discussion panels still play an extraordinarily important role in moving issues forward but the first thing you have to do is bridge connections and create a community – this is why our LGBT+ teachers networking drinks events are not only so damn good, but have generated so much interest that we were left with no choice but to organise our second edition.

Taking place on Friday 4th March 2016 at the Royal Vauxhall Tavern, South London’s oldest surviving LGBT+ venue; the theme of the evening focuses around Housing for LGBT+ community. There will also be guests from organisations such as the Albert Kennedy Trust, Generation Rent, London Teachers Housing Campaign and Gay London Assembly Member Tom Copley. Again, it’s not a panel focused environment, but a chance for guests to hear some views before networking and discussing their thoughts with others – our aim is to facilitate dynamically stimulating discussion, not pacify it.

Also added to the mix are unique contributors who are of interest, or trailblazers within the LGBT+ community, will be invited as special guests to each edition of our LGBT+ Teachers networking drinks. This upcoming event is looking very promising with indications from award-winning campaigner, columnist and author Jack Monroe, Holby City actor David Ames, and British writer, columnist, and LGBT activist, Mikey Walsh whose 2010 autobiographical, Gypsy Boy series, topped the UK bestseller list – all fascinating people that attendees can meet , have conversations with and really engage with, rather than  only hear from.

Our hope is that by building this dynamic environment for attendees to bridge connections and foster a better community bond, they can then open conversations enabling a community to start asking the question “How do we change this”. It is at that point, that the community will start to transform education for LGBT+ pupils, parents and practitioners. It’s an incredible privilege to be part of that dialogue, to have the chance to facilitate it. I truly hope that every LGBT+ teacher reading this post logs on and books a free ticket, whether they are a member of the union or not. 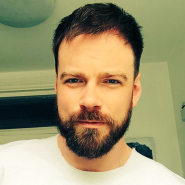 First Impressions: Should We Really Care What Others Think?

Do You Think You’re Successful Because You’re Lucky?

The Confession of an Eventepreneur

By Sacrificing Your Vulnerability At Work You Encourage Growth

7 Ways to Respond to Conflict with Emotional Intelligence

Scientists Reveal Why You Need to Stop Being Such a Flake

London Restaurant Openings to Most Look Forward to in 2019

TWA Hotel: Reserve Your Trip Back to New York’s JFK in the 1960s

44 Awesome Accent Wall Ideas to Give Your Bedroom Some Pizzazz

Eneko at One Aldwych: Marrying Flavours Across Cultures

Speak4Impact: What Are 4 Francs Worth?